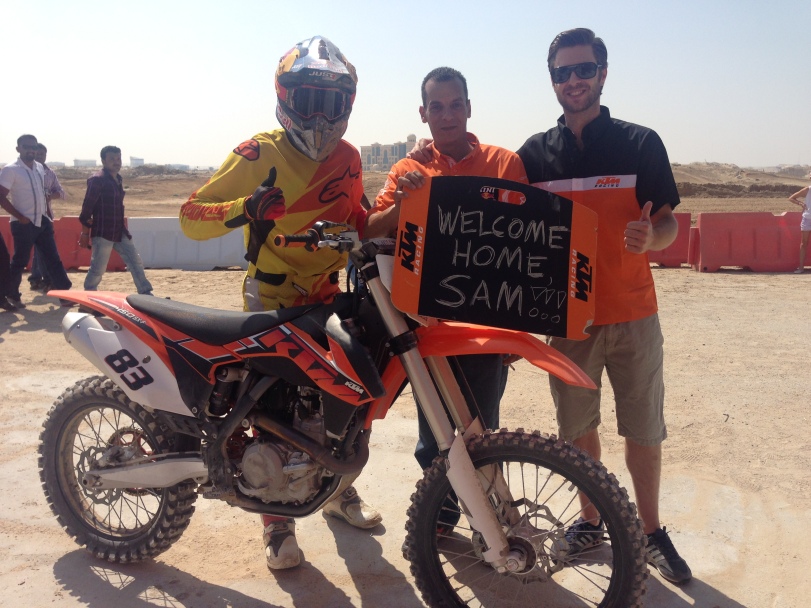 In his debut motocross race since his return to KTM, KTM-UAE supported the young Sunderland at the DMX round 7 event with its demo 2014 KTM 450 SX-F. Still getting to know the bike all over again, Sam finished with a strong 2nd place overall in MX1.

“This bike is strong! I had to use the clutch to ease on the power delivery. It’s definitely not like my old honda.

I was really happy to have won the first race. It was a warm welcome from the KTM-UAE team and I really wanted to bring home a win. Of course, rally is my job and motocross is more training than anything so I had to hold back a bit and not take any chances,” shared Sam. 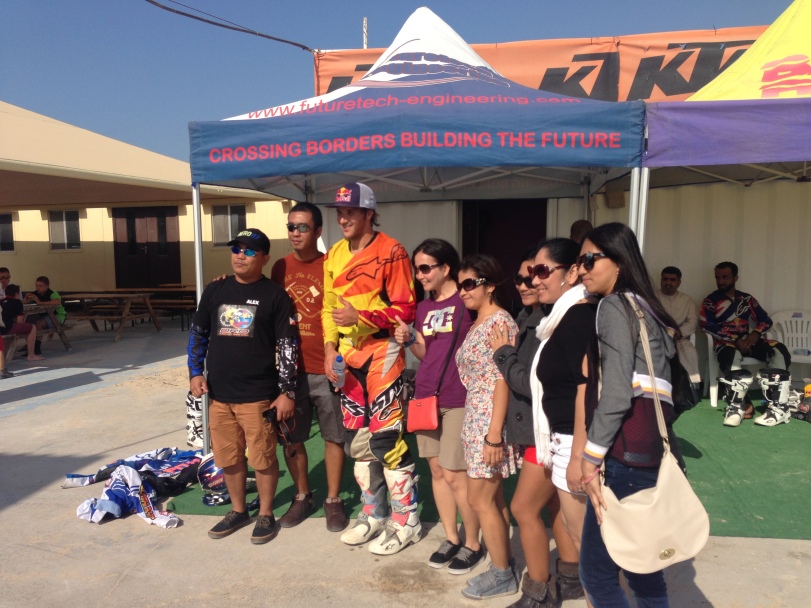 His return to team orange was big news in the pits and racers and spectators came over to congratulate Sam throughout the day. You could feel the excitement at the event and everyone was genuinely happy for Sam.

A decent start saw Sam in 3rd place. Mohammed Balooshi took the hole shot but relegated to 3rd within a few corners. Race leader, Ross on a Kawasaki was followed by Sam and was a classic race of patience. Midway, a slight mistake by the Kawasaki rider enabled Sam to run right by him at the corner following the start/finish line. Sunderland immediately broke away and pulled a big gap. Ross then cruised and decided not to give chase and maintained his 2nd position till the end. 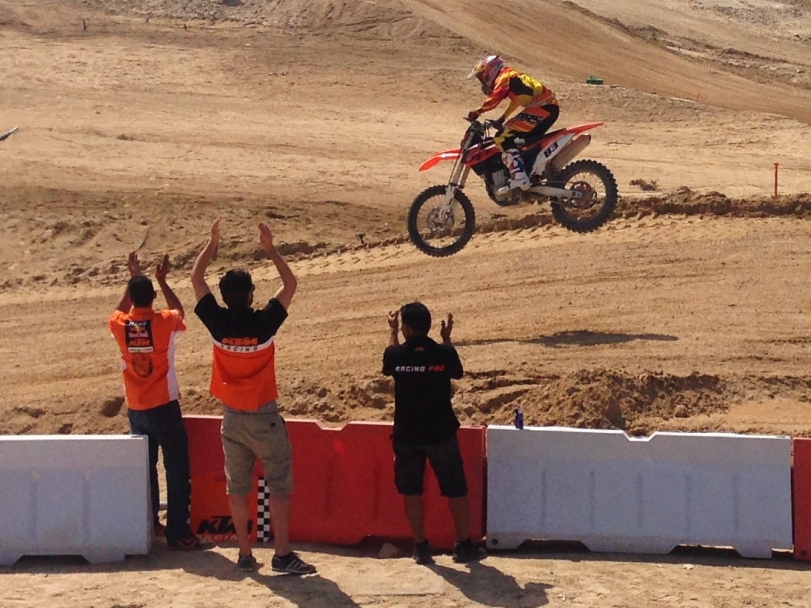 Sam didn’t have such a good start this time finding himself in 5th after the first corner. Ross took the hole shot and pulled away. In a few corners, Sam was 3 seconds behind the Kawasaki rider. This stayed consistent for several laps. Then, just before midway, Sam was within 2 seconds. Thinking Ross was getting tired Sam backed off his pace to wait for a mistake. Sadly, it was him that made a slight miscalculation which allowed Ross to pull the gap to over 4 seconds. Knowing that motocross is not his main purpose for riding, Sam had to make the tough choice of staying in 2nd place as to not take any unnecessary risks.

With a podium finish in the MX1 books as well as in the other classes, it was a good day for KTM. In addition, to celebrate Sam’s return, Mohamad, the KTM-UAE service center manager, prepared a delicious BBQ. At the end of the event, everyone on a KTM was proud to have their hero back in Orange.

One thought on “DMX Round 7- Welcome Home Sam!”