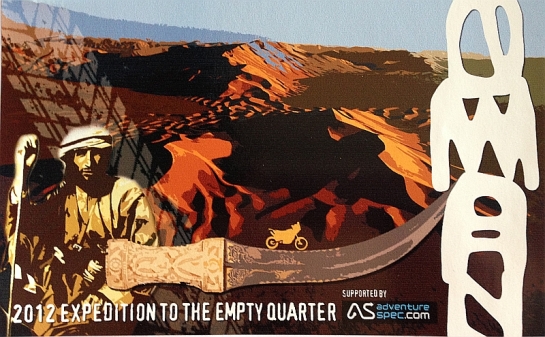 Have you ever wondered about the guys that write these “how to” books for motorcycling? Well, I had never met any of these writers until a couple of months ago. Robert Wicks and Greg Baker, authors of two very famous books from Haynes Publishing came to us for a couple of bikes to use for an update of their books. 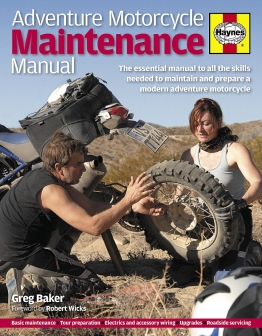 Adventure Motorcycling (Robert Wicks) and the Adventure Motorcycle Maintenance Manual (Greg Baker), two very famous titles, were written to help take the mystery out of riding offroad and how to keep your adventure motorcycle going. To freshen up their books with current information, the two authors needed to make a trip out to Oman from Dubai and take a whole lot of photos and take down notes. For the trip, the duo needed bikes to ride that were already in the area, which is how we ended up meeting. 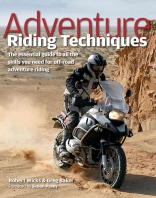 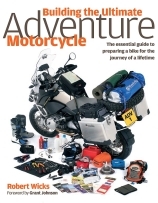 The Plan
The original plan was for the two to use 2 KTM 990 Adventure bikes. But as luck would have it, we only had the one demo bike available. The only other bike we had that was capable of making the trip was the 2012 KTM 450 Rally Replica that Mohammed Balooshi rode in the Dakar Rally earlier this year. Yes, it’s not quite a bike that you would normally expect to take on an adventure trip but if you think about it, the 450 Rally does all of that and more when used in a rally. So, it seemed like it would work for their needs though some creative mounting of luggage had to be done. Robert took the reigns of the 990 Adventure while Greg Baker braved the competition bred 450 Rally.

Gearing Up
The morning after landing in Dubai from the UK, the pair of adventure riders were eager to work on the bikes so they could load all their gear. As you can see in the photos, they literally carried all they were ever going to use– nothing more, nothing less. With tools, tents, food, drinks and camera equipment, the two bikes were fitted with the required luggage. Greg also attached his “sheep skin” seat cover which he swears by and uses for these rides.

The Trip
Almost 2000 kms. in total, the two riders started out in Dubai, rode to Oman and took a route less traveled save for offroaders and weekend riders. They scoped out the mountains of Jebel Hafeet and went through the wadis and rocky roads in the area. They rode till just before sun down and when things got too dark, they camped. Accommodations were the tents they took with them and a couple of nice hotel resorts on their route. After taking the footage they needed for their books, they headed back to Dubai, from where they had started. 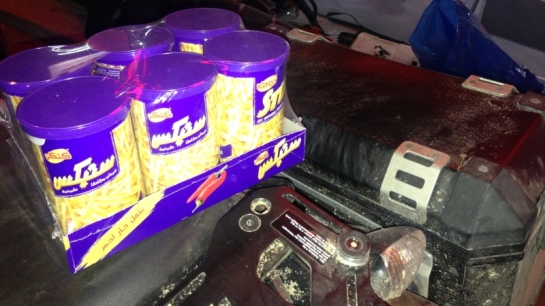 Two-man Production Team- The Real Deal
Video productions (even simple, more basic videos) require more equipment and more personnel. This would entail support vehicles and more supplies. But for the two adventurers, they literally came with their gear, mounted them on the bikes and went off! Anything else they needed, they just bought on the way. It was a bit disconcerting knowing they were heading out on their own, in a place unknown to them, with just the gear they are carrying on the bikes. But then again, that’s what adventure riders do. So what you see and read about in their books are extremely REAL! No elaborate setups or exaggerated experiences. What you read is what they did.

Rally Bike: An Adventure In Itself
Not really suited or designed for this type of riding, the KTM 450 Rally Replica was quite an eye opener for Greg and Robert. A full-on competition rally bike by design, the 450 RR was much easier to get along with than one would expect. Once you get passed the rally bred design, equipment and ride height, you quickly find out just how easy this bike is to get along with. And when the terrain turns rough, the 450 RR comes in to its own and soaks up anything– ANYTHING– you throw at it, and with ease. Greg rode this bike most of the way but Robert took his turn on the saddle as well. Both agree that the 450 RR is an amazing machine. 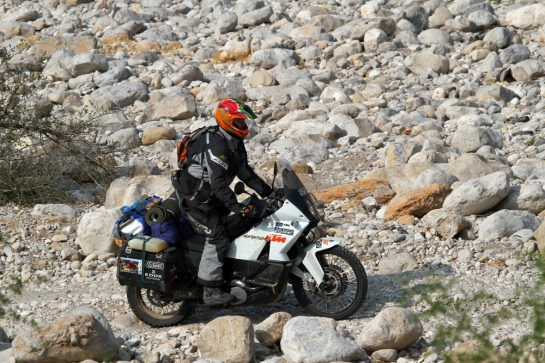 990 Adventure: The Standard
The KTM Adventure was always the go-to bike for adventure riders. Its torquey 75 degree V-Twin engine and light nimble chassis is well suited for all kinds of terrain and still keeps its rider nice and comfortable for long hauls. The 2010 990 Adventure used by Robert was no different. It delivered the expected performance and made the journey easy and trouble-free. Despite all the luggage and the rough terrain that the pair of riders went through, the 990 Adventure lived up to its name and was more than up to the task.

Robert and Greg had experienced more in a week than many of us who live in the UAE during their adventure on two wheels. They saw majestic sights and incredible scenery. As you can see from the few photos here, the two writers really had a great time. And, the best thing is, they will write about it in their new books so we can all share and learn from their experiences. 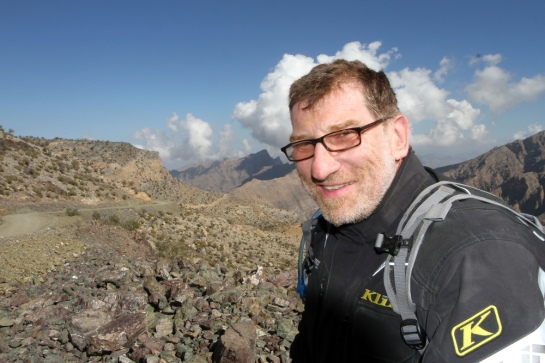 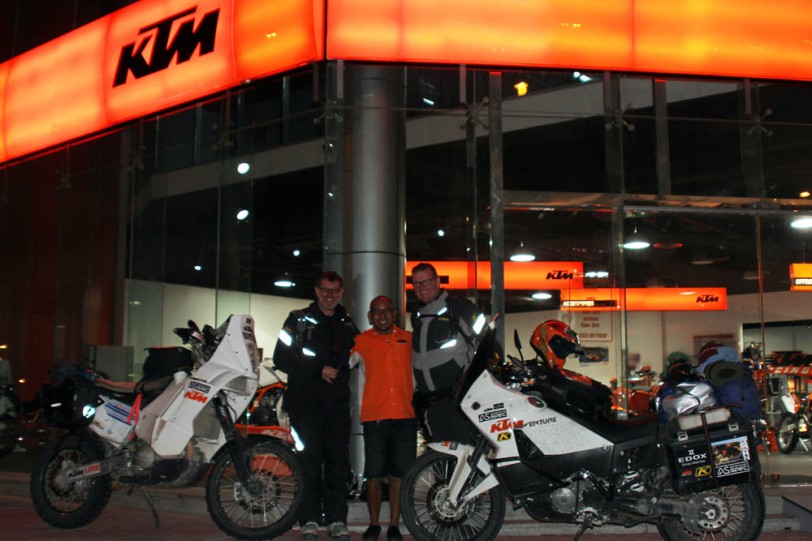 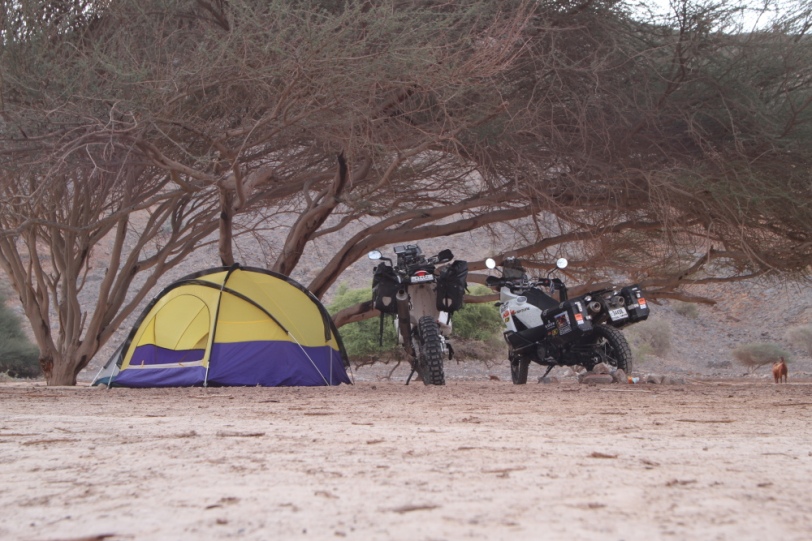 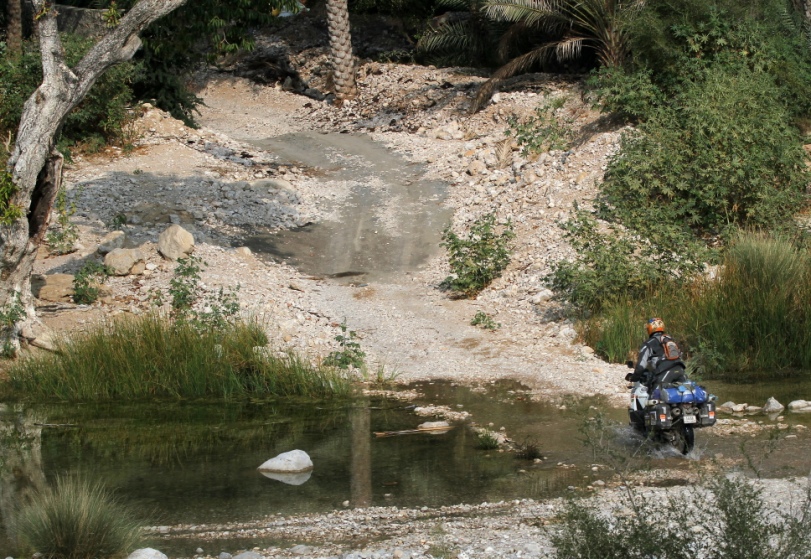 One thought on “ADVENTURE RIDING “HOW-TO””