After the Intermot show in October, KTM also strips off at EICMA in the fashion capital of Milan this week. In Italy KTM presents the new Naked Bike models developed in Mattighofen – 125, 200, 390, 690 Duke R and a wonderfully exotic prototype, the 1290 Super Duke R!

The 390 Duke is easy to ride and shows its superiority at crucial times thanks to the agile and swift handling. With its dynamic drive the 390 Duke surpasses many other motorcycles with larger engines. At the same time it provides a sporty alternative to expensive maxi-scooters. In short: no other motorcycle offers more pleasure per euro than the new 390 Duke! 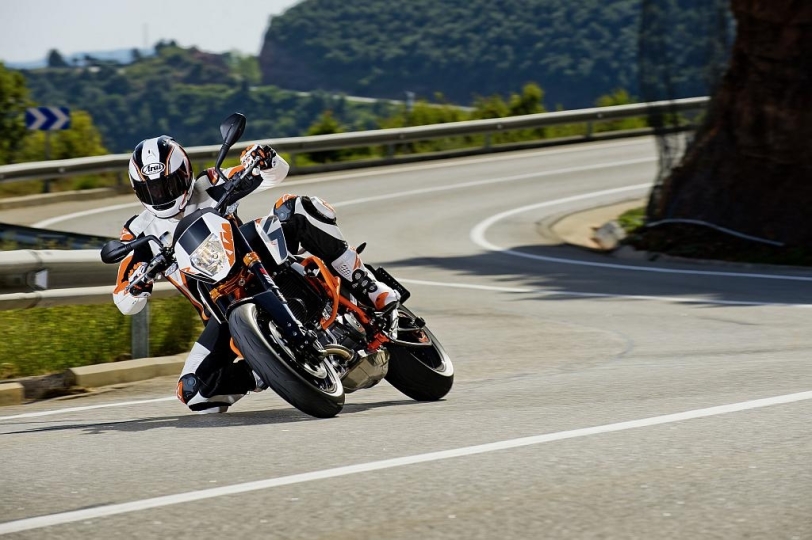 690 Duke R – racing technology for the streets
The world’s most modern and powerful single cylinder ensures immeasurable pleasure, and the R is the next phase. Furthermore, it was the inspiration and performance behind all the KTM racers in the European Junior Cups enabling the participants to match each other at the highest stage.

The 70hp strong 690 Duke R was developed on this competitive basis and is now the ultimate motorcycle with MOT approval for all experts and specialists due to a fully adjustable premium chassis and the finest accessories.

125 & 200 Duke ABS – A global novelty in the 125cc market
The 125 Duke still rocks the European 125cc category and is now the world’s first motorcycle in this segment with standard ABS. In 2013 the sister 200cc model also counts on the upgraded braking system with ABS and a larger front disc. 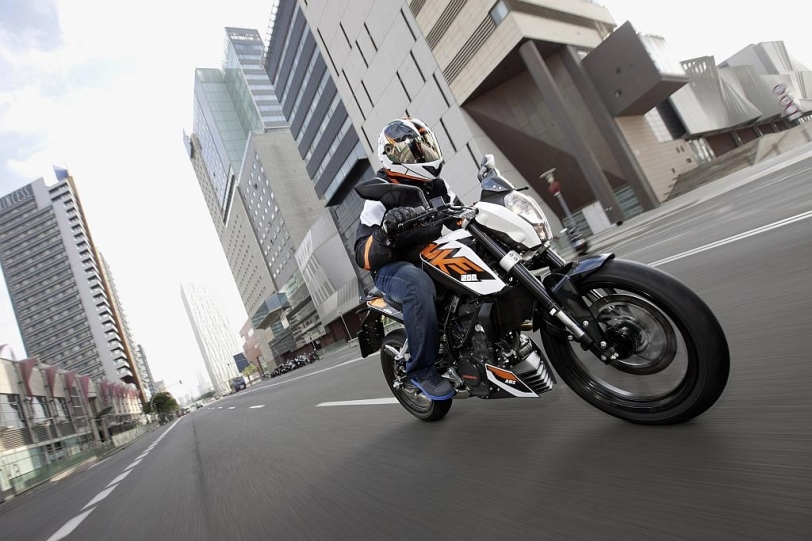 Thanks to the latest engine technology and a regulated catalytic converter the 200 Duke is one of the motorcycles on the current market with the lowest rate of consumption.

Stefan Pierer (KTM CEO): “After KTM’s reigniting in the early 90s, the ancient Duke, KTM´s first pedigreed street bike, was launched in 1994. Since then we have succeeded in off-road and attached ourselves to the top of the world on the road. Furthermore, the win of the Moto3 world championship impressively supports once again our philosophy “Ready to race”. With more than 10,000 units sold, the 125 Duke contributes significantly to KTM´s increasing sales and market shares, while sales figures are dramatically falling. In 2012 the 200 Duke was launched and the 390 Duke is now filling the gap to the bigger models, namely 690 Duke and 990 Super Duke R.
By doing so, within 20 business years, we managed to reach the top and we’re constantly developing even on the street: from 125cc to 1300cc”! 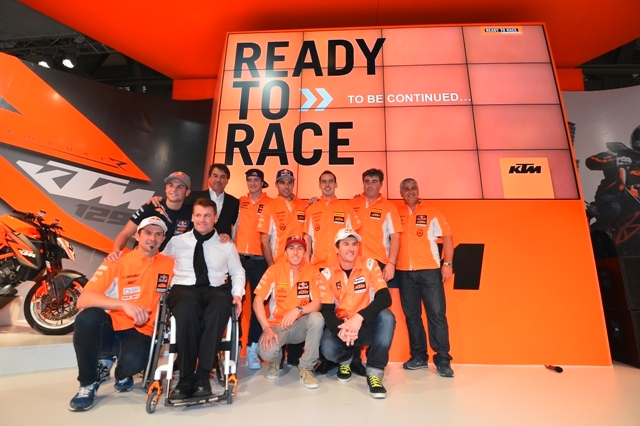