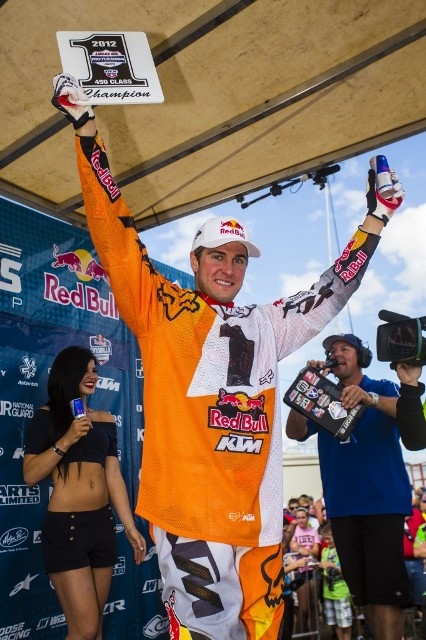 NEW BERLIN, New York – Red Bull/KTM Factory rider Ryan Dungey made history once again as he went 1-1 at Unadilla Raceway to take the overall victory and the crown as the 2012 Lucas Oil Pro 450 Motocross Champion.

Ryan Dungey started 5th in the first moto and suffered a crash within the first lap causing him to fall to 11th place. He quickly rebounded and moved back into the top ten on the next lap. He used the remaining laps to pick off riders as he climbed to the top of the pack and eventually put his KTM 450 SX-F into the lead at the two lap board. When the checkered flag flew, Dungey crossed the finish line to take the first moto victory. 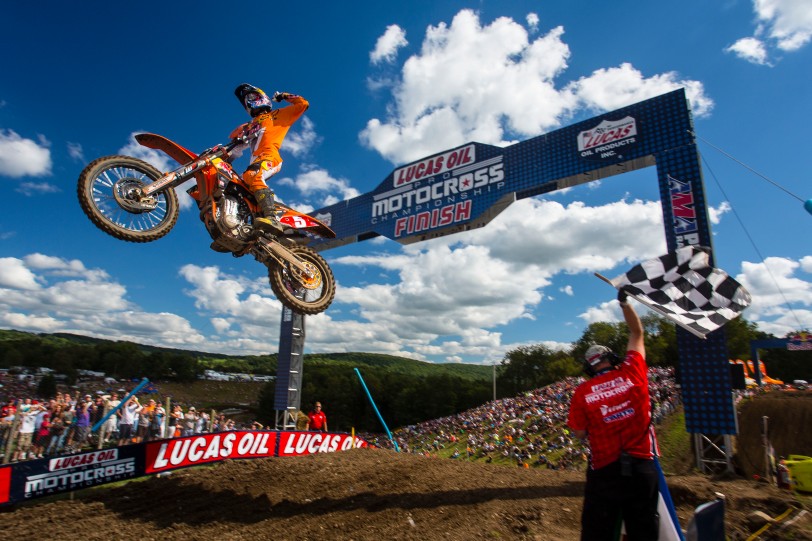 Fans lined the fence for the start of moto two in anticipation of watching Dungey make history for KTM as he rode his way to victory in the second moto to claim KTM’s first 450 Motocross Championship. Dungey launched off to a 4th place start and moved into 3rd by the fourth corner. The next lap he leaped into 2nd and moments later he had passed for the lead. Dungey never looked back and went on to lead the remaining laps to claim the overall and his first championship on the KTM brand. 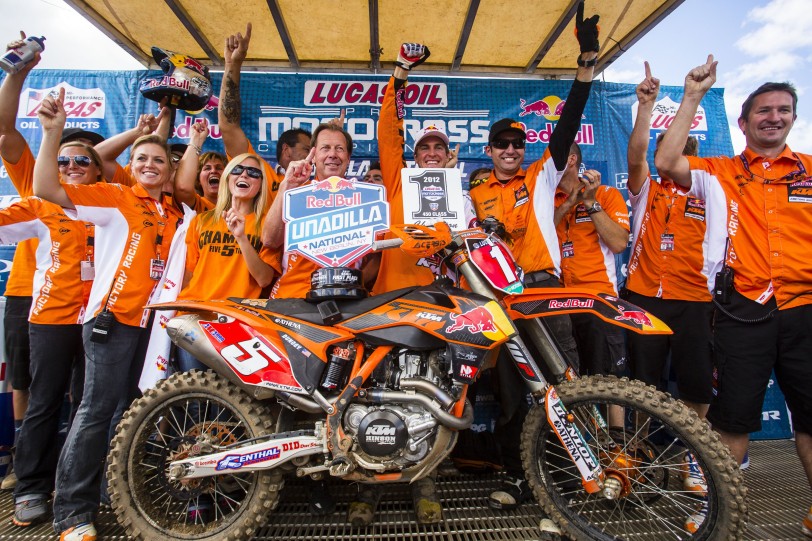 “It has been an amazing year with the Red Bull/KTM Team,” remarked Dungey on the podium. “I am so happy to clinch this championship and so grateful to every member of the Red Bull/KTM Team and my family that have helped me get here today. When I joined the KTM team last October, Roger told me that we would be champion contenders and I believed him. It has come true today.”

Red Bull/KTM Factory Team Manager Roger DeCoster was elated with Dungey’s victory, stating: “The team and Ryan have worked so hard this season. We have seen him have success in Supercross and then suffer an injury only to come back stronger. This is a great moment for the team, for KTM and for Ryan. We are very proud of him and look forward to running the number one plate at the final two races.”